It's difficult to underestimate the role of interim injunctions in sports-related disputes.

Injunctions are an obligatory measure requiring a party to perform a specific act (a mandatory injunction) or refrain from it (a prohibitory injunction). Imposing injunctive relief on an athlete's participation in games for the duration of the proceedings can be extremely disruptive to the athlete's career, which is usually short. Moreover, the sports association's exclusion of one player may adversely affect the entire team. In these situations, interim injunctions are a powerful tool for defending the interests of clubs and players in sports disputes.

How injunctions are used

In ordinary disputes injunctions are used to prevent or preserve the loss of an asset and to avert harm to personal rights or damage to reputation. They are employed to protect personal and business interests. An application for interim measures may be made before or during the trial. In sports, interim injunctions can be used to determine which player or team will be allowed to compete and which will not, and to limit the authority of a sports association. Therefore, in sports-related disputes an injunction may be used primarily in two ways: as search or freezing orders and as part of a claim challenging the decision of a sports association.

To obtain an injunction, the prerequisites for its issuance must be met. In general, the grounds for granting injunctions are similar across all jurisdictions. For example, according to the American Cyanamid case decided by the House of Lords in 1975 (which may be applicable to sports-related disputes), to establish whether an applicant has an adequate case for the granting of an injunction it must be determined whether:

The Super League case: An injunction that saves European football

While search or freezing orders are fairly common in ordinary litigation, claims challenging the decision of sports governing bodies are more specific to sports-related disputes and therefore more remarkable. Probably the most spectacular injunction in sports disputes in the last 10 years was granted this year to European Super League Company, S.L. by the Madrid Commercial Court. After the announcement of the Super League in April 2021, FIFA and UEFA threatened to exclude players and clubs participating in the Super League from all competition, both national and international. In particular, players participating in the Super League would not be allowed to play in national team tournaments.

"The injunction ordered by the Madrid Commercial Court saved not only the clubs and players participating in the Super League, but European football as a whole."

As part of the injunction, the court ordered UEFA to cancel the disciplinary proceedings commenced against clubs, refrain from excluding the founding clubs from the competitions organised by UEFA, render inconsequential the measures and commitments imposed by UEFA on various founding clubs of the European Super League, and instruct its affiliate members (including national federations, confederations, licensed clubs and national leagues) to comply with the orders and prohibitions set out in the order. Thus, the injunction ordered by the Madrid Commercial Court saved not only the clubs and players participating in the Super League, but European football as a whole, by keeping some of the best clubs like Barcelona, Real Madrid and Juventus and their players in it. 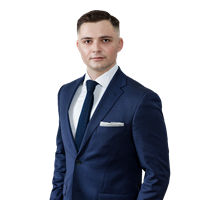