Judicial authorisation of transfer of shares with restricted transferability | Austria

Pursuant to the Joint Stock Corporations Act and the Limited Liability Companies Act, the transfer of shares may be made subject to the prior consent of the company (shares with restricted transferability). In this case, a transfer without the consent of the company would be invalid. It is therefore paramount that the company's articles of association be examined in advance to determine whether consent by the shareholders is required and what majorities are needed. While this may be only a formality in a transaction where a company's entire share capital is sold, it can be a significant hurdle in other cases.

If the company, either acting through its management board, its shareholders or any other authorised body, does not give its consent, the shareholder intending to sell can apply for judicial authorisation (Section 62(3) of the Joint Stock Corporations Act and Section 77 the Limited Liability Companies Act). In principle, the court may permit the transfer of shares if:

As the requirements for joint stock companies and limited liability companies differ in detail and also deviate in important respects from the respective provisions under German law, many questions around the judicial authorisation of the transfer of shares with restricted transferability remain open.

The Supreme Court recently dealt, for the first time, with the judicial authorisation of the transfer of shares with restricted transferability in joint stock companies.(1) The Supreme Court's legal reasoning will be of great interest, especially for parties undertaking transactions where only a block of shares is sold and a transfer restriction is included in the articles of association, as is often the case in Austria.

While the first criterion (ie, whether the shareholder's original contribution has been paid-up) can be clearly determined and typically does not raise any further questions, the other criteria may be far more controversial.

The relevant provisions in the Joint Stock Corporations Act and the Limited Liability Companies Act do not define the important reason that may entitle the company to refuse its consent or provide any examples.

Whereas the literature often uses the size of the shareholding as the main criterion, the Supreme Court first examines the articles of association for any guidance on what constitutes an important reason within the meaning of the share transfer restriction. Such an analysis can provide a first indication of whether the transfer of shares of the company will be likely. If certain important reasons are already explicitly mentioned, the court cannot replace consent in these cases.

The facts that the purchaser does not belong to a certain family, that they are in competition with the company or a shareholder or that certain participation quotas have been reached are often named as an important reason in the articles of association. However, any reasons explicitly mentioned in the articles of association must comply with mandatory law. For example, the requirement that the purchaser must be an Austrian citizen will be impermissible due to EU law. Discrimination on the grounds of sex, religion, skin colour and age are also inadmissible in any case.

Should the articles of association not expressly state important reasons, they may nevertheless include a provision that allows the purpose of restricting the transferability of the shares in the company to be inferred and may therefore also be an indication for the interpretation of an important reason for the refusal of the consent in a particular case.

If the articles of association do not determine the important reasons expressly and the purpose of the restriction on transfer does not provide for an indication, the influence associated with the shares and the interference with the company's interests resulting from the purchaser's motives must be considered. According to the Supreme Court, in deciding whether there is an important reason, the company's interests must be weighed against those of the shareholder intending to sell.

Damage to company, other shareholders and creditors

In addition to the existence of an important reason for refusing consent, the court will also examine whether the company, the other shareholders and the creditors would be damaged by the envisaged transaction. While the Joint Stock Corporations Act and the Limited Liability Companies Act strictly distinguish between these requirements, the Supreme Court partly combines them in its analysis. The fact that no damage is caused to the company, the other shareholders and the creditors seems to indicate the absence of an important reason.

The present decision of the Supreme Court was unique in a sense, because the purchaser was owned by competitors of the company whose shares were to be sold. The court argued that both companies were operating in the same ski area and would therefore typically also benefit from an increased attractiveness of the holiday resort as a result of investments made by the other company. Despite being competitors, the two companies have shared interests. The court therefore allowed the share purchase, as there was no important reason to refuse consent and the share transfer could take place without damaging the company, the other shareholders and the creditors.

However, due to a peculiarity in Austrian corporate law, it remains unclear – even following judicial authorisation – whether the envisaged share transfer can go ahead.

Following judicial authorisation, the Joint Stock Corporations Act and the Limited Liability Companies Act each provide that the company can appoint a substitute purchaser within one month of purchasing the share under the same conditions.

In this case, the shareholder intending to sell may sell to only this substitute purchaser and not to any other person. Therefore, the company may not prevent the transfer as such, but may prevent the transaction to a specific purchaser. There is no comparable provision in German law.

In the present case, the Supreme Court did not have to deal with unclarified issues in connection with the designation of a substitute purchaser. However, legal advisers on the Austrian market should be aware of the following uncertainties.

First, it is still unclear who is allowed to designate the substitute purchaser. There are various opinions on this question in the literature. Arguably, in a joint stock company the management board is responsible, but in a limited liability company it is the person who is also authorised to consent to the transfer. This can be either the general meeting or the management, but can also be regulated in the articles of association in other ways.

Further, it is unclear what criteria this person should follow in reaching their decision over the substitute purchaser. Arguably, the substitute purchaser must be someone who would also have been approved by the court (ie, there is no important reason and no damage to the company, the other shareholders and the creditors). However, it remains uncertain whether and under what conditions the existing shareholders are entitled to a subscription right for the shares to be sold. Some scholars apply the regulations on subscription rights in capital increases by analogy.

Finally, the condition that the transfer must be made "under the same conditions" is highly subjective. In the M&A context, it is particularly questionable whether and which individual contractual provisions must be fulfilled by the intended purchaser but cannot be fulfilled by the substitute purchaser. The purchase price mechanism in the agreement may deviate in important respects and any representations and warranties, indemnities and limitations thereof must be seen in the context of the whole agreement and cannot be easily compared or weighted against other contractual provisions.

Only if the company is unable to designate a substitute purchaser can the shares be sold to the intended purchaser approved by the court.

It is common in Austria for articles of association to contain a provision under which shareholders can sell their shares only with the prior consent of the company. However, consent can be refused only if there is an important reason. The determination of what constitutes an important reason greatly depends on the circumstances of the specific case.

If the company does not give its consent, the shareholder intending to sell can apply for a judicial authorisation of the share transfer. Following such application, the court will examine the articles of association, any reasons provided by the parties and the circumstances (market environment) around the transaction. In reaching its decision, the court will consider and weigh the interests of all parties involved.

If the company may appoint a substitute purchaser, it remains highly uncertain which person within the company will be competent to make this decision, what criteria must be taken into consideration and what parameters are relevant to determine whether the sale is made under the same conditions.

This article was first published in International Law Office 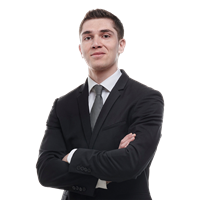