Each member of an elected body pursuant to Section 159 (1) of Act No. 89/2012 Coll., Civil Code ("CC") is obliged to act with due managerial care. These are typically executive directors or members of the board of directors or supervisory board. In practice, questions often arise about what happens when they breach this duty of care and whether their liability can be limited.

For example, in relation to transactions in which ownership interests or shares in a company are transferred, agreements or unilateral statements are drawn up in which the former members of the elected body waive their claims against the company and confirm that they do not have any claims or receivables against it.

But can a company also waive its claims against these former members of the elected body?

According to Section 2898 CC: "A stipulation which excludes or limits in advance the duty to provide compensation for harm caused to the natural rights of an individual or caused intentionally or due to gross negligence is disregarded; a stipulation which precludes or limits in advance the right of the weaker party to compensation for any harm is also disregarded. In these cases, the right to compensation may also not be lawfully waived."

Under Section 53 (2) of the Business Corporations Act ("BCA"), the legal acts of a company restricting the liability of a member of its bodies shall be disregarded. Section 53 (3) stipulates that any damage suffered by the company due to the breach of the duty of due care may be settled by agreement with the obliged person. The approval of the company's supreme body adopted by an at least two-thirds majority of all votes of all members shall be required for such an agreement to be effective.

Compared to the old regulation, the new Civil Code and the Business Corporations Act allow for greater flexibility in terms of the liability of members of elected bodies.

It follows from the substance of the case that an agreement on settling damages cannot be concluded before the damage to the company itself incurs, i.e. before the company learns about the damage and who caused it. In the context of a particular transaction and in connection with the statements of members of elected bodies against a company, it is therefore possible to agree that if a company incurs damage caused by a former member of the elected body, the company undertakes to conclude an agreement on the settlement of damage pursuant to Section 53 (3) of the BCA with this member of the elected body in the future. 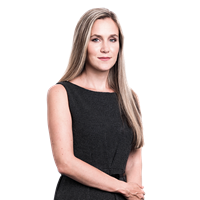