Management's liability for payments upon onset of insolvency

A financial crisis and situations where insolvency is imminent are not only challenging for a company and its management, but also entail significant liability risks for management in the case of subsequent insolvency proceedings.

Payments made after a company has become materially insolvent (i.e. illiquid or overindebted under Austrian insolvency law), but before the 60-day deadline for filing for insolvency has expired, are risky. Which payments are allowed according to the Austrian Supreme Court?

A company (corporation) is materially insolvent under Austrian law once it is either unable to fulfil its due payment obligations (illiquid) or is overindebted under Austrian insolvency law. Management is obliged to file for insolvency without culpable delay, in case of (feasible) restructuring efforts not later than 60 days after the company became materially insolvent.

If management fails to file for insolvency without culpable delay, it is liable towards the company for operating losses and its creditors for quota damage in subsequent insolvency proceedings.

However, even if the 60-day period has not yet expired, management might be liable towards the company in subsequent insolvency proceedings for payments made after the company has become materially insolvent (Section 25 (3) GmbHG, Section 84 Abs 3 Z 6 AktG). The reasoning behind this liability is that after a company has become materially insolvent, all creditors shall in principle be treated equally. The aim is to prevent single creditors being satisfied in full just before the opening of insolvency proceedings, while other creditors only receive the insolvency quota in such subsequent insolvency proceedings. The Austrian Supreme Court clarified which payments are (not) allowed for managing directors of an Austrian limited liability company (OGH 26 September 2017, 6 Ob 164/14k).

Which payments are (not) allowed?

The term "payments" needs to be interpreted broadly. It covers any actions that reduce a company's assets, e.g. payments (in cash or bank transfer), delivery of goods without equivalent consideration, creation of netting situations, granting of collateral or repayment of loans.

As a rule, management will not be liable for payments made after the company has become materially insolvent if it was acting with due managerial care. The Austrian Supreme Court clarified that, for example, payments necessary for the continuation of the company's business, payments made against immediate delivery (Zug-um-Zug), employee and employer contributions to social security, payment to secured creditors (to the extent secured), and payments to creditors with a right of separation of assets are allowed.

As soon as a company becomes materially insolvent, its management is liable towards the company and its creditors for damages due to the delay in filing for insolvency. In addition, management can be liable for certain payments made after the company has become materially insolvent but before the expiry of the (maximum) 60-day period to file for insolvency. To be on the safe side, in situations of imminent insolvency management should ensure that any payments to the company (e.g. by customers) are made to a bank account which is not in debit. 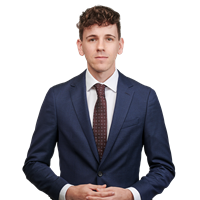