The Hungarian Government recently adopted Act no. LVII of 2018 on the Control of Investments Detrimental to the Interests of Hungarian National Security (the "Act").

Previously we wrote about a similar legislative proposal [see here] (the "Proposal") which aimed at establishing a similar control mechanism. However, the Act has a more sophisticated approach on the control and approval procedure than the earlier proposal had. Pursuant to the Act, investors from outside the EU, Switzerland and EEA countries who wish to invest in Hungary must obtain prior approval from the minister to be designated by a governmental decree ("Minister") which has not yet been adopted.

The scope of the Act

The Act contains additional rules to prevent the circumvention of its objectives. Because of this, the Minister's prior approval is required when a Foreign Investor acquires an interest of less than a 25 % but this acquisition results in more than a 25 % interest in the respective Hungarian Company being held by (several) Foreign Investors. The prior approval must be obtained also when an established company changes its activity to an activity deemed sensitive for national security.
These activities include activities:

Pursuant to the Act, the Minister will have 60 days to decide whether or not to approve the Foreign Investor's request based on consideration of national security aspects. The Minister may extend the deadline by up to 60 days. In the course of the approval procedure, the Foreign Investors' entire ownership structure and its ultimate beneficial owner must be disclosed. If the Minister refuses the request, the Foreign Investor will only have a limited right to appeal against the decision to the Municipal Court of Budapest (in Hungarian: Fővárosi Törvényszék).

Prohibitions, pre-emption right in favour of the Hungarian State and fines

As a general rule, the Foreign Investor may be registered as a shareholder in the list of shareholders or the book of shares solely with the prior approval of the Minister. The right to operate or use the infrastructure, equipment and facilities necessary for the Hungarian Company's activities may be granted only after the issue of such approval. The minister's approval also constitutes a pre-requisite for other approval proceedings related to sensitive industries. Furthermore, the Foreign Investor will be subject to a mandatory reporting obligation.
If the Minister prohibits the acquisition, the Foreign Investor must sell its shares or eliminate its influence in the Hungarian Company or the Hungarian Company must modify its activity within three months. During the sale, the respective ownership share will be encumbered by an ex lege pre-emption right in favour of the Hungarian State. If the Foreign Investor acquired the right to operate a sensitive infrastructure or asset that falls under the Act and has not obtained the approval for it, the Minister must initiate an action before court to declare the underlying transaction  or agreement unenforceable.
In the case of any violation of the Act, the Minister may also impose a fine of a maximum of approx. EUR 3,100 for natural persons and approx. EUR 31,000 for legal persons.

The Act could pose a considerable impediment to third-country investors because the Minister may block the transaction if it is detrimental to the Hungarian national security interests, and the transaction may not be closed without the Minister's approval. It is also unclear what constitutes an investment detrimental to the interest of the country. The Act will be supplemented by a governmental decree which will provide more detailed rules. The Act will enter into force on 1 January 2019. Before commencing a transaction aimed at the investment in a Hungarian Company, Foreign Investors are highly recommended to involve a Hungarian licenced attorney at law.
Furthermore, the Act seems to run in parallel to a similar proposal of the European Commission issued in September 2017 for a Regulation establishing a framework for control of FDI in the EU. As mentioned in the European Commission's proposal, today nearly half of the EU Member States have control mechanisms for foreign direct investment in place (e.g. Germany, Poland, Austria) and the European Commission has prepared its own draft rules about such control. It remains to be seen how the Hungarian and the EU control of FDI will be compatible with each other.

[1] A shareholder has a decisive influence if it has the right to appoint the majority of the board or supervisory board members, even if such right is ensured through an indirect or without a shareholding. 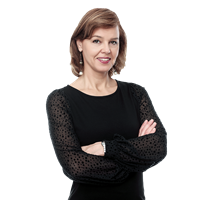