The government announced a substantial change in bearer shares at the end of 2020, but the details were only finalised in April 2021. According to the new amendment, non-public joint stock companies are now obliged to register shareholders holding bearer shares.

Information about these shareholders (e.g. name, identity number, address, number of shares, etc.) will be registered through the system of the central registration authority either by the company representatives or the shareholders themselves. Unless stated otherwise, such shareholders will no longer be able to exercise their rights under the law. Registration must be completed by 31 December 2021.

With the new amendments, it is fair to say that the anonymity of shareholders holding bearer shares in non-public joint stock companies has been obliterated. The shareholder's identity will be registered in the system. In other words, transfers of such bearer shares will be monitored and recorded. Remarkably, the method of transferring bearer shares and registered shares, which is one of the most fundamental differences between them, has practically converged.

How did it work before?

The owner of the bearer shares was someone who had them in their possession and could transfer them simply by delivering possession to the transferee without registering the transfer in the share ledger.

Why the fundamental change?

The preamble to the law explains that bearer shareholders and their holdings will be monitored to reduce the risk of money laundering and financing of terrorism. 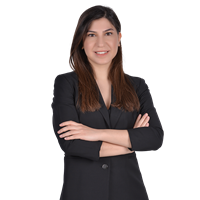