New rules in Czech UBO law as of 1 October 2022. Immediate threat of sanctions

The Czech Act on Ultimate Beneficial Owners1 (the "UBO Act") has been effective since 1 June 2021. Not even a year and a half later, Czech lawmakers introduced an amendment to the UBO Act2 (the "Amendment") after significant pressure from the European Commission to comply with the Fifth Anti-Money Laundering Directive3 ("AMLD5").

Now, Czech companies and their shareholders should pay attention, as they may become subject to the UBO Act’s sanctions from 1 October 2022.

New rules for identification of UBOs

The European Commission has always struggled with the core of the Czech UBO Act – the definition of the UBO itself. The problem stemmed from general misunderstanding of Czech lawmakers, who understood UBOs as those who exercise ultimate control over the company, as well as those being ultimate beneficiaries of profit. In fact, such differentiation has no basis in AMLD5.

Therefore, the Amendment introduces only one sole category of UBOs in the Czech Republic – persons who ultimately own or control an entity. The category of ultimate beneficiaries is no longer considered in the UBO determination.

Who should be registered under the new definition?

While the general definition of beneficial owner is based on the factor of ultimate control, more persons now fall into this category, including those who directly or indirectly:

Under the original rules, only persons with the greatest share (usually persons holding more than a 40% share in the company) were taken into consideration when determining the UBO based on the ultimate control factor. As of 1 October, all 25%+ shareholders (and their structures) should be considered and registered as UBOs.

The current version of the UBO Act contained an exception under which a number of categories of entities did not have a beneficial owner. Typically, these were the state and local self-government units (municipalities, regions) and entities owned or established by them, such as state-owned enterprises, schools or public research institutions. Other entities such as unit owners' associations or political parties were also included.

The Amendment limits the above exemption to only two categories of entities – (i) the state and local self-government units and entities financed or decisively controlled by them, and (ii) state-owned enterprises, which have no UBO.

Companies should be aware that if they are not compliant with the new UBO regime, they face potential sanctions of up to approx. EUR 20,000 (CZK 500,000). But what is more important, companies with an unregistered UBO (or wrongly registered UBO) are not allowed to distribute profits either to this UBO or to a legal entity with the same UBO. Also, unregistered UBOs or legal entities with the same UBO are not allowed to exercise their voting rights at a general meeting.

What should every company do now?

We recommend that every Czech company inspects its UBO records and, if necessary under the Amendment, updates its UBO registration accordingly. Particular caution should be exercised by those companies with multiple shareholders or those who have previously registered as their UBO a person as being the ultimate beneficiary.

The Amendment contains a provision requiring every company to harmonise their registration with the new rules within six months. In this period, any inconsistency should not be considered an offense of the company, and the public sanction of up to CZK 500,000 (approx. EUR 20,000) should not be a threat in the meantime. Our experienced team will be happy to assist you with both checking and, if necessary, updating an existing registration in the Czech register of UBOs. 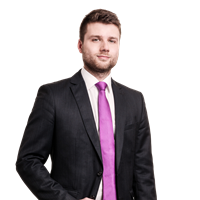