Not every corporate story ends with "happily ever after"

"Once upon a time" is a promising beginning for any story. Even for corporate ones. But statistics show that unhappy endings are all too common. In Romania, for every four new legal entities incorporated each year, one existing company is wound up.

Over the past five years, more than 110,000 new legal entities on average have been registered with the Romanian Trade Registry each year. At the same time, some 28,000 companies have been wound up annually.
Are these breakups the result of shareholder misunderstandings or should we look for external causes? The answer might prove useful for investors thinking about setting up shop in Romania. That's because a common criticism of Romania as an investment destination is its unpredictable legislative framework. Indeed, it is one of the most active countries in Europe when it comes to the number of legal changes introduced each year. Some of these have a direct impact on companies' business activities – and their termination.

Falling out of love
A company may be wound up for any number of reasons. One may be major disagreements between the shareholders, which can cause one shareholder to seek the winding up of the company. In this type of corporate breakup, the shareholder must provide strong arguments in favour of such a measure.

Winding up as sanction
Winding up is the toughest sanction that can be taken against the shareholders for the company's failure to comply with certain legal obligations. This is because external forces intervene to put an end to their business, against their will.

Romanian laws encourage shareholders to work together towards achieving their business objectives. While this might sound like couples' therapy, it is actually far from it, as failure to comply can be sanctioned by the winding up of the company.

Winding up under the Companies' Law
The Romanian Companies' Law sets forth the situations in which an interested party or the Romanian Trade Registry Office can request that a company be wound up as a sanction for failure to comply with certain legal obligations, such as:

Other laws can also play a role
The Companies' Law is far from being the only piece of legislation setting forth company winding up as a penalty for infringements.

One example refers to the changes introduced in mid-2019 by Law No. 129/2019, on preventing and combatting money laundering and terrorism financing, and amending and supplementing certain legal acts for companies, which transposed (EU) Directive 2015/849 of the European Parliament and of the Council.

Under this law, existing companies have until 21 July 2020 to register their beneficial owners in the Central Register of Beneficial Owners of Private Companies. The company's legal representative must file a written statement upon incorporation of a new company, annually, and whenever a change in the company occurs, but no later than the above-mentioned deadline.

If the company's legal representative fails to comply with this obligation, fines will be applied and in the next 30 days the company may be wound up if the statement is not filed in the meantime.

Law No. 129/2019 has also introduced a ban on bearer shares. Companies that have issued bearer shares have 18 months from the entry into force of the law to convert them into registered shares and record this in the Trade Registry. Failure to comply within the required period – and after receiving a written warning or fine – can also be sanctioned by winding up.

Moreover, a draft Government ordinance was announced in 2019 with the aim to increase the financial discipline of company shareholders.

The draft bill, which generated some controversy, addressed the scenario where a company's net assets decrease below half of its registered capital. In such cases, existing shareholder loans would convert into equity by the end of the financial exercise when the losses are ascertained, otherwise the company risks dissolution.

Romanian tax authorities are required to closely monitor "decapitalised" companies and to request their winding up if the net assets / share capital ratio continues for more than two years, or where the companies do not file their financial statements for the same period.

The draft ordinance also made corporate directors responsible for not convening a general meeting in case of decapitalisation, subject to a sanction expressed as a percentage of the value of the losses.

To be continued…
A company can be wound up for various reasons. Some are unavoidable, as they have to do with the dynamics of shareholder relationships. But others can be generated by external causes, such as an unexpected legal change. In the case of the former, many of the winding up risks can be mitigated by staying mindful of the myriad changes in the Romanian legislation and implementing proper corporate governance measures. 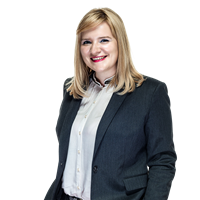