Romania: Companies can now distribute dividends on a quarterly basis - but will they?

Until recently, Romanian companies could distribute dividends to shareholders only on an annual basis and on approval of their annual financial statements at the end of each financial year. This paradigm has changed and companies can now opt to distribute their dividends annually or quarterly.

The legal provisions allowing Romanian companies to distribute dividends on a quarterly basis came into force on 15 July 2018 and were introduced by Law 163/2018, which amended:

Before the enactment of Law 163/2018, the legislation provided that companies could distribute dividends to shareholders only on an annual basis, subject to the approval of annual financial statements at year end.

Now, Romanian companies can decide whether to distribute dividends to shareholders:

The distribution of dividends on a quarterly or annual basis must be approved by the general shareholders' meeting (GSM) and is carried out based on the relevant interim or annual financial statements, which must also be approved by the GSM. Best practice dictates that both the interim distribution of dividends and the interim financial statements should be approved at the same GSM so as to shorten the process and avoid convening two GSMs.

Law 163/2018 provides that profits may be distributed to shareholders on a quarterly basis during the financial year, up to the quarterly net profits made plus any reported profits and amounts withdrawn from reserves available for that purpose, less any losses incurred and amounts deposited in reserves in accordance with any relevant legal or statutory requirements.

Dividends may be paid on a quarterly basis by the deadline set by the GSM or by law. Differences resulting from the distribution of dividends during the year are adjusted according to the annual financial statements.

In the case of partial dividend distribution during the financial year, the annual financial statements must show the partially distributed dividends and the resulting differences must be adjusted accordingly.

Amounts relating to the interim distribution of dividends must be recorded in the company's accounts and reflected in the interim financial statements as receivables against shareholders.

These newly acquired corporate rights have been widely welcomed within the Romanian business markets because they offer shareholders more flexibility to decide how to handle their profits and bring Romanian legislation more in line with that of other European countries.

Such novelties may initially be treated with suspicion by Romanian entrepreneurs, because interim distribution of profits from the present year incurs the risk of having to recall the profits received as dividends if the company registers a loss or the dividends granted throughout the year are greater than the company's profits at year end.

For example, cautious shareholders who receive interim dividends during the year may be reluctant to spend them because they may be required to return the money to the company after the end of the financial year. Further, shareholders may be afraid to even approve interim distributions of dividends because of the unpredictable and fluctuating business and fiscal environment in Romania. As a result, they may feel more comfortable waiting for year end before approving the distribution of any dividends available from past annual financial statements.

Time will tell which companies have the courage to embark on this new corporate adventure. 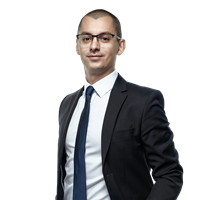