The four-eyes principle is an effective way for companies to control management dealings. It is based on the idea that the company must be represented by two people acting jointly, usually two members of the statutory body.

The application of the four-eyes principle to members of the statutory body is clear and causes no confusion under Czech law. Likewise, the joint representation of two proxyholders. But every now and then a client, usually from the German legal environment, asks us whether the four-eyes principle may be applied to joint representation of an executive director together with a proxyholder.

Consequently, the practice of the commercial courts (which maintain the Commercial Register in the Czech Republic) became erratic. Some courts were willing to register the joint representation of an executive director together with a proxyholder while others were not.

The first signals that the case law would side with the previous case law appeared with two decisions of the High Court in Prague (4 Cmo 184/2014 and 4 Cmo 576/2014). The Supreme Court of the Czech Republic published the first of these in its regular Collection of Decisions and Statements, anticipating the standpoint of the Supreme Court on this issue.

Internal limitation by a second signature

The above conclusions do not prevent companies from implementing the four-eyes principle internally, but only where such a limitation would be of no effect towards third parties. Thus, should the second signature be missing in violation of the internal regulations, the validity of the signed document would not be affected (even if the contract partner is aware of the internal regulation). Needless to say, the internal four-eyes principle will not be registered in the Commercial Register.

In light of the above, it can be concluded that the joint representation of an executive together with a proxyholder is not possible under Czech law. The commercial courts would find such provisions of the memorandums of association invalid and applications to register such a manner of representation in the Commercial Register would be rejected. 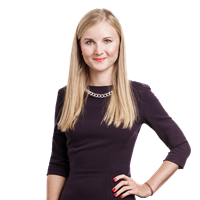