It's been a banner year for special purpose acquisition companies (SPAC) IPOs, not only in the United States, but also in European cities like Frankfurt or Amsterdam. As of August 2021, SPACs have already raised over USD 117bln in IPOs in the US alone since the beginning of the year.

SPACs are shell companies without an operating business whose purpose is to achieve easier access to liquidity to subsequently acquire an operating target company. In a next step, the target company or companies are often merged with the SPAC itself, already listed on the stock exchange. Through this process, a previously unlisted company gets access to the stock exchange listing without having to overcome the imponderables of the "classic" IPO, which can be very helpful for rapidly growing companies, such as fintechs.

Initially, a SPAC investment often has similarities with a private equity investment, as the investors do not know in detail which company is targeted for a merger with the SPAC. A classic feature of SPACs is the undefined target company at the time of investment, as usually only the region or industry of a potential target is known. The life cycle of a SPAC is limited to 24 months by the articles of the SPAC (it can be extended by at most another 12 months with the shareholders' approval). Thus, an early market analysis and a coordinated control of the process is essential. Issue proceeds of the SPAC are paid into an interest-bearing escrow account and are returned to the investors in the event of insufficient approval by the shareholders' meeting and a failure of the transaction. The investors also have a "redemption right" that allows them to reclaim their investment plus interest if the transaction is not approved.

In the first step of the SPAC process, the sponsors (also known as SPAC management) establish a SPAC, which, as a pure shell company, does not yet perform any operational activities. Nevertheless, the sponsors, usually consisting of an experienced management team with relevant private equity experience, prepare the IPO and identify suitable target companies. The second step consists of a capital increase of the SPAC through an IPO. In this process, "units" are issued to the investors. The units consist of a share in the SPAC under company law and a call option on the SPAC share ("warrant"). Most of the proceeds (approximately 85 %) are deposited into an interest-bearing trust account, since its purpose is to buy a targeted company.

Immediately prior to the IPO, the sponsors take over 20 % of the SPAC's capital issued via the founders' shares at a price significantly lower than the issue price as well as the obligation to purchase options at more favourable conditions. Within a maximum of 24 (36 if approved) months after the IPO, the company must acquire a target company, usually based on the SPAC's articles of association, otherwise the SPAC will be liquidated with repayment to the investors. As soon as a suitable target company has been found, it is presented to the investors for a vote at a general meeting. Alternatively, the investors can exercise their opt-out option or redemption right and thus receive payment in the amount of the share value.

De-SPAC refers to the final phase of the transaction, in which one or more target companies is acquired after the approval quorum is reached. After the necessary votes are cast, the target company is merged with the SPAC. Frequently, the proceeds of the issue through the "classic" IPO of the SPAC do not provide enough capital necessary for the acquisition of the target company. In the United States, the Private Investment in Public Equities ("PIPE") model is popular to help raise the extra amount of capital needed for the transaction. The selected investors are given the opportunity to examine a planned business and to participate in it before the market even learns of its existence.

Once identified, all SPAC shareholders must agree to the deal, which is often structured as a reverse merger. This can be done in a variety of ways, such as a merger, a capital increase, or an acquisition through cash. The "warrants" are converted into shares in the SPAC during the acquisition. This means that the operating company merges with and into the SPAC or an affiliate. After the acquisition, SPAC shareholders have the option to redeem their shares in return for their initial investment or exchange them for shares in the acquired company. However, if the deal is successful, the SPAC sponsors can acquire up to 20 % of the company (potentially worth millions of dollars) for way less. This reward is dubbed the "promote" and can be extremely lucrative for the sponsors.

One of the main reasons for the SPAC-IPO boom is the more efficient process, which usually is quicker, cheaper and easier for companies, which is incredibly helpful for start-ups with high growth and a resultant lack of liquidity. A SPAC merger allows a company to access the capital they need quickly and affordably. Moreover, investors can redeem shares. Crucially, they can redeem their shares (for their ten-dollar purchase price plus interest) if they disapprove of the proposed acquisition.

"One of the main reasons for the SPAC-IPO boom is the more efficient process, which usually is quicker, cheaper and easier for companies, which is incredibly helpful for start-ups with high growth and a resultant lack of liquidity."

Furthermore, projections are forward-looking. One of the benefits of SPACs vs IPOs is that SPACs permit companies to provide future forecasts. This is not allowed in a traditional IPO prospectus because of liability risk. Since a SPAC is a merger, they can inform investors of what the company will look like post-merger.

SPACs create more opportunity for investors. Market instability has pushed SPACs to the forefront. Entrepreneurs worry that the traditional IPO route might harm their first attempt to go public. They can postpone and wait for the market to calm down or merge with a SPAC. Many of them are choosing the latter.

Unlike IPOs, the SPAC and the target company first agree on a fixed valuation. This process limits price volatility once the SPAC starts trading shares. However, the SPAC may receive a lower valuation than it would from an IPO, and in addition it must also pay a sponsor fee.

Nevertheless, there are also disadvantages. Investors suffer from blind spots since they don't know the final acquisition target. Investors must rely on the SPAC's sponsors to pick the best target company.

Delays in returns are unavoidable. Another downside of SPACs is that managers have two years to find a target and begin the acquisition process. Even though investors ultimately receive money plus interest, they face the opportunity cost of a couple of years not actively investing on the stock market.

The two-year deadline can also create a conflict of interest. Due to the pressure to select and merge with the target company within a relatively short period of time, investors can only rely on the due diligence of the sponsors. Meanwhile, the investor holding is diluted once the SPAC founders collect their 20 % stake.

The US Securities and Exchange Commission has already put the brakes on the SPAC phenomenon by stepping up scrutiny of deal announcements, warning promoters against making outlandish growth forecasts for the companies they acquire. The commission has also forced SPACs to make time-consuming changes to their accounting. In addition, there lawsuits have already been filed claiming the SPAC should be registered as an investment company, since "an investment company is an entity whose primary business is investing in securities."

Looking at the market movement it is foreseeable that a more investor-friendly model will replace the SPAC. Bill Ackman, an American hedge fund manager, has already tried to create an advanced form of SPAC, the SPARC – a special purpose acquisition rights company, which still needs to be approved by regulators. His plan was to seek out another acquisition target, and if investors approve of the prospective deal, they can provide the requisite capital. In other words, the funding only comes after the target has already been identified.

Whether the SPAC is merely a trend or will soon be replaced by the SPARC or another model remains to be seen. But it seems unlikely that the all-time high from Q1 2021 will be surpassed or that the SPAC will ever again reach such dizzying heights. 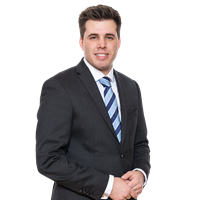