Italy is the fourth-largest foreign investor in Romania, according to public data on the country's inbound foreign investments last year. Similar to 2012 – 2013, the local renewable energy sector (and especially photovoltaic) is attractive for Italian investors. Likewise, our team advises a significant number of Italian companies on their renewable energy investments and developments in Romania.

But much has changed compared to Romania's first wave of renewable energy investment. In the past year, together with our energy team run by Monica Cojocaru, we have noticed a change in the profile of Italian investors drawn to this sector. And so their expectations from the national regulatory framework and from the projects they invest in have changed too.

In 2012 – 2013, the typical Italian investor doing business in the local renewable energy sector was a small or medium-size company owning several operational projects in Romania or in other European countries. The second wave of renewable energy investments seems to attract a whole new type of Italian investor. We are seeing moves being made by medium or large strategic investors who are active in multiple jurisdictions, some of them listed companies. Moreover, the companies now investing in this sector are less reliant on financing from local banks then they were in the first wave of renewable energy investments.

In the new context, the number of ready-to-build projects is still low. Developing new projects seems to be more appealing for Italian investors, who usually team up with local developers.

The demand for legal services from Italian investors has changed accordingly. We are seeing more development agreements between investors and developers. In some cases, we advise on EPC contracts regarding projects under development. Also, in the past 18 months we have seen growing demand for legal advice in connection with M&A transactions regarding renewable energy projects. However, these deals target projects in different stages of development or operation than they did in the first wave of investments in the sector.

Investors expect the legislative framework of the country they invest in to be predictable and stable. Italian investors are no exception in this respect. This makes it all the more important for the state to ensure such stability, considering the many changes Romania introduced to its renewable energy support scheme. It is also necessary to invest in boosting network capacity, to allow the intake of newly developed power plants.

Another practical issue frequently raised by investors has been the lack of appropriate land plots for the development of new projects. To this end, a solution could be for the state to stimulate mixed projects, agrophotovoltaics, which would allow for the same land to be used simultaneously for agriculture and solar energy generation.

There is obviously a growing interest in investing in renewable energy projects. The cost of technology has dropped, and the need to produce more green energy has increased, making both investors and the public system aware of the need to accelerate investment.

Romania competes with other European countries in attracting renewable energy investments. If it wants to stand a chance and to reach its targets for 2030, the country needs clear, stable, sustainable and innovative measures to encourage investment in this sector. A long-term strategic plan might help strengthen investors' trust in Romania's ability to guarantee a predictable and stable legislative framework. 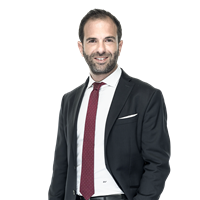