Transactions under political scrutiny – A new FDI regime in Austria

This draft is currently under review and shall enter into force in summer 2019.

Provided that a company operates within a sector relevant for "security or public order" such as defence, energy or telecommunication, the FDI regime currently applies irrespective of whether an acquisition is likely to have an impact on security or public order.
Under the draft bill, a company will – in alignment with the EU's new framework – be subject to the FDI regime if the acquisition of the company is likely to affect "security and public order". When assessing whether "security and public order" are likely to be affected by a transaction, an extensive (non-exclusive) list of relevant areas provided under the new EU framework have also been introduced as areas of scope under the Austrian FDI regime:

In addition to (EU) 2019/452, Austria also considers infrastructure and services relating to general-interest-services (Daseinsvorsorge) as critical.
In determining whether a transaction is likely to affect security or public order, Austria will also consider in alignment with the new EU framework:

We expect that the extensive list of areas covered by the FDI regime without further materiality and relevance thresholds will lead to heavy debate in structuring M&A transactions when it comes to the question of whether the requirements for an FDI-filing are met.

Under the current FDI regime, the acquisition of less than 25% of shares in a company is not subject to an FDI review. Basically, this threshold will stay in place but will be lowered for certain companies that particularly conduct business in high tech, media and defence sectors. Businesses that inter alia operate critical infrastructure for information technology, develop software for critical infrastructure, operate cloud computing systems, are certified for producing telematic infrastructure, operate media platforms or produce certain defence-related components will be subject to a lower 10% threshold.

Unfortunately, however, the reform of the FDI regime has not been used by the legislator to specify the rules for calculating the 25%/10% thresholds, e.g. by following rules in other (similar) areas such as merger control. Further, non-domestic (international) transactions may also be covered by the Austrian FDI regime in case the 10%/25% ownership threshold will indirectly be reached in an Austrian subsidiary active in a critical FDI regime area.

The new FDI regime will not only oblige the acquirer but also the management of the Austrian target to file for FDI clearance if necessary. Although, it will be sufficient if either the target or the acquirer makes the FDI filing, it can be expected that the involvement of Austrian targets will lead to more cautious FDI assessments in the future as target management would be exposed to potential criminal prosecution if FDI rules are violated.

The Austrian government will set up a new FDI committee consisting of members from the finance ministry, the ministry for digitalisation and industry location, the chancellor's office and the ministry of transportation. The FDI committee will be involved in each pending case and will issue recommendations to the minister of digitalisation and industry location who will then ultimately decide on each FDI clearance request.
The draft bill does not foresee involvement of the FDI committee in the future EU cooperation and notification mechanism of FDI relevant transaction in other members states.

The possibility for ex-officio reviews into transaction for an unlimited time remains unchanged. In case FDI rules are/were circumvented, the minister of digitalisation and industry location may issue a decree that FDI approval is/was required upon which the acquirer and/or the target will have to file for approval. In case approval is not granted, the transaction will subsequently qualify as null and void. Although the draft bill does, unfortunately, still not contain a "binding opinion" proceeding for legal certainty purposes, pre-alignment with the authority to discuss certain transaction structures is recommended.

Given in particular the new focus on high tech and data processing and since there are no materiality or relevance thresholds introduced for the covered areas, we expect a significant increase in FDI-filings in Austria for precautionary reasons. 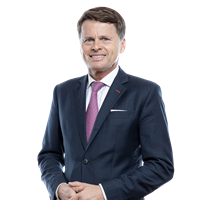