What executives should remember (not only) during a pandemic

In Slovakia, the exercise of powers by company executives like managing directors or board members involves a relatively wide range of legal obligations and liabilities.

The aim is to ensure that executives perform their duties professionally and to protect the company and its creditors.

In charge in times of crisis

Being a company executive has become more demanding due to the unprecedented COVID-19 pandemic. In this context, executives need to pay even more attention to the principle of loyalty, especially in terms of acting in the best interests of the company. Though the possibilities of terminating an executive are not limited by law, executives should always critically evaluate the impact on the company of a possible resignation during a crisis while also considering their statutory liability.

"Being a company executive has become more demanding due to the unprecedented COVID-19 pandemic. In this context, executives need to pay even more attention to the principle of loyalty, especially in terms of acting in the best interests of the company."

Risk in resignation of a company executive

If the company is in danger of incurring damage, the resigning executive is at least obliged to inform the company of the measures that need to be taken to avert such damage. Otherwise, the executive will be liable for the damage incurred by the company due to their inactivity. When resigning, it is equally important for the executive to assess whether the resignation at the time of the crisis will not have a liquidating effect on the company. Therefore, if the general meeting is unable to appoint a new director, which may well be the case in a crisis scenario, this could ultimately lead to the company's liquidation.

In the case of a joint-stock company, Slovak law stipulates that the board of directors is obliged to immediately inform the supervisory board of all facts that may significantly affect the development of the company's business activities and the state of its assets, in particular liquidity. For instance, the company's day-to-day business may be significantly affected by the inability of its important business partners to pay the company's receivables, followed by the secondary insolvency of the company itself. Another potential outcome could involve the reduced ability of the company to fulfil many of its obligations due to limited production, a significant decline in sales, the adoption of governmental measures or a substantial impact on the entire business sector in which the company operates.

Executives should also remember their obligation to convene a general meeting if the company's losses exceed one third of its share capital or if such a loss can be expected. In this context, it is particularly important to continuously monitor the ratio of the company's equity and its liabilities as well as its liquidity, so that insolvency or imminent insolvency can be detected on time.

If the severity of the situation necessitates a general meeting, the executives are obliged to present proposals for specific actions. This could be a rescue plan outlining specific measures the company should take to overcome the difficult period or, in extreme cases, filing for bankruptcy.

Company executives are in a more demanding position due to the unprecedented COVID-19 pandemic. They need to monitor the company’s liquidity more closely and act swiftly if its financial situation is imminently threatened. 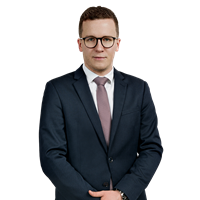