Consumer protection is strongly enshrined in the Czech legal system and will be strengthened or clarified even further. It will therefore be necessary for sellers to adjust their terms and conditions in this regard.

For the Czech consumer, these changes will have a significant impact on their protection in many areas.

In the online environment, the new regulation will protect consumers from fake reviews and insufficiently transparent online purchases. Indeed, the consumer often does not know with whom they are entering into a contract and therefore to whom they can apply for special legal protection under the given consumer legislation, or whether they can exercise this protection at all, because the seller can be a natural person (for example, this can be the right to withdraw from a contract concluded via the internet within 14 days).

The changes also establish rules that aim to prevent consumers from being deceived when choosing goods online. For example, if a consumer enters a keyword, phrase or other search input, general information about the main parameters that determine the order in which the offers created based on their query is displayed to the consumer is considered essential information. Consumers also need to be informed about the relative weight (ratio) of these parameters in relation to other parameters.

The amendment will also protect consumers from prices being artificially raised in the run-up to discount events. With certain exceptions, the seller will have to inform the consumer about the lowest price at which the goods were sold during the last 30 days prior to the discount.

The consumer should also be able to obtain redress more easily if their rights were affected by an unfair practice. For these purposes, the bill establishes, for example, a 90-day period from the date of conclusion of the contract during which the consumer may withdraw from the contract if they have fallen victim to unfair business practices.

The amendment is also intended to establish the fairest possible environment for both consumers and businesses by clarifying the definitions not only of transactions where a price is paid, but also the offering and provision of digital content or digital services, which the consumer receives in exchange for their personal data and therefore does not pay for.

The bill also newly regulates the rights of consumers arising from defective performance, namely from contracts for the purchase of goods, and also in relation to the provision of digital content and digital services. In particular, the new regulation will allow the consumer to exercise their rights arising from defective performance for a non-conformity that has manifested itself within two years of the delivery of the goods. This means that the consumer has the right to claim a defect that manifests itself during this time. However, the consumer must prove that the defect became apparent within two years of the delivery of the goods, and therefore it is in their interest to make a claim without undue delay.

It is also proposed to extend the powers of supervisory bodies to areas where supervision has not yet been carried out. This is a check of whether the business complies with the prohibition of abusive terms in consumer contracts or whether it fulfils the information obligations under the Civil Code.

It is clear that the amendment to the Act on Consumer Protection will bring relatively significant changes to consumer protection and the setting of rules in the online environment, which will be reflected primarily in the information obligations of individual sellers. In this context, it will also be necessary for businesses to adjust their terms and conditions.

In our next article in the series, we will bring a Legal Insight on regulation of B2B (vertical) agreements in the online environment. The new EU-wide vertical block exemption transition period will expire in May 2023, which means there is less than five months left to update B2B agreements, if needed. 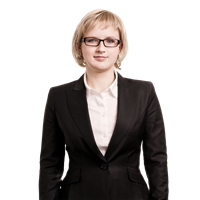