Bouquets of satellite TV programmes are a convenient service for users. But where is the consent of the rightsholder required? The ECJ will soon offer answers.

Satellite bouquet (or package) providers have been widespread in Austria as well as in many other EU Member States for years. Basically, such providers offer "handpicked" bouquets of encrypted signals of pay and/or free-to-air TV programmes from various broadcasting companies across the world. For this activity the providers generally require the authorisation of the rightsholder concerned.1 The Austrian Supreme Court has now confronted the ECJ with the ground-breaking question of which territory this authorisation is required in.2 Is it sufficient to acquire the rights in the uplink state where the broadcaster sends the signal to the satellite or can the rights be acquired by the bouquet provider in the downlink state, i.e. in the country where the programme bouquet is received?

Pivotal for the referral to the ECJ is the dispute between an Austrian collecting society with the authority to fiduciarily administer the broadcasting rights for music in the territory of Austria and a satellite bouquet provider. The latter offers these bouquets of encrypted HD and the correlating free-to-air SD programmes as a subscription service. Their customers are provided with the technical infrastructure, including the corresponding package of access keys, with which various encrypted programmes can be accessed. This is done with the consent of the broadcasting companies. The satellite signals are consistently uplinked outside of Austria, but in other EU Member States.

The fact that broadcasters only have to acquire the rights in the uplink state is established by the Satellite Directive.3 Whether this principle also applies to the bouquet provider or whether the national collecting society can make claims for use in the downlink country of Austria must now be clarified by the ECJ. There are arguments for both positions:

Claims (only) in the uplink state

The satellite bouquet provider does not interrupt the signal transmitted by the broadcasting organisation. Rather, the provider participates in the single communication to the public via satellite by the satellite organisation. Since one and the same act cannot take place in two different places, this uniform act of use is to be traced back to its origin in the uplink state. After all, the purpose of the Satellite Directive is that communication to the public by satellite should only require the consent of the rightsholder in the uplink state, thus avoiding any infringement of rights in the various downlink states. Consequently, the enforcement of rights regarding the satellite bouquet providers activity would be reserved exclusively for the rightsholder in the uplink state.

Claims in the downlink state

However, the bouquet provider serves its own clientele, operates with the intention of making a profit and acts completely autonomously in other respects when compiling and distributing bouquets. In that way, the customers do not pay for just a technical service, but rather to get access to the content within this bouquet of various TV programmes. If the provider thus reaches a new group of potential users (extended public) with this new audio-visual product, an independent communication to the public would have to be assumed. Therefore, the authorisation of the rightsholder in the country where the bouquets are made available, i.e. the downlink state, is needed.

Will the ECJ apply the Satellite Directive system or come to the opposite conclusion? Ultimately, it makes a huge difference whether the bouquet provider has to acquire the rights for its service only in the country where the bouquets are made available (downlink state) or in the various countries of the broadcasting organisations (uplink states). For the system of rights administration by national collecting societies, the question to be decided here is just as important as it is for the bouquet provider, who must know whom to approach for the acquisition of rights. 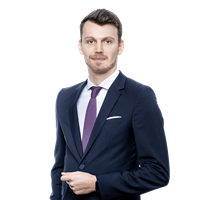