Russia’s invasion of Ukraine represents one of the worst security crises in Europe. It is also expected to have far-reaching implications for the global economy, particularly given Russia’s role as the world’s second-largest producer of natural gas. Sanctions will mean higher energy prices in Europe.

For companies that require gas as an input in their production, the situation is peculiar. How can they react if Russian gas supplies are stopped or limited or if prices explode such that they make current production unaffordable? Can industrial producers declare force majeure and not be bound by supply obligations any longer? Can they pass on price increases?

This article looks into some practical aspects so that companies can prepare for what might come.

If the individual contractual agreement contains a provision on the event of force majeure (eg force majeure clause), this provision, its definition of such an event and its legal consequences shall be primarily applicable. In the absence of such individual agreement, general statutory provisions and principles must be applied.

On the term "force majeure":

Austrian law does not provide a legal definition of the term force majeure. However, case law provides a framework as to the circumstances under which force majeure can be assumed. Three essential criteria can be derived:

An unexpectedly occurring acute threat of war and, thus, war itself are considered events of force majeure. However, war-related economic effects are also covered as, for example, Covid-19 pandemic-related price increases of construction materials and supply shortages were also qualified as such events in the literature. A sudden and significant increase in the price of natural gas would be equivalent. In addition, legal prohibitions or other government interventions, such as sanctions against Russia, can also be a force majeure event.

There is no generally applicable principle under Austrian law on how an event of force majeure affects an existing contractual relationship and under which circumstances it releases a party from its contractual obligations to perform. Instead jurisprudence resorts to general regulations on the subsequent accidental impossibility of performance (nachträgliche, zufällige Unmöglichkeit, Sec 1447 ABGB), on the ceasing to exist of the basis of the transaction (Wegfall der Geschäftsgrundlage) or on objective default (Sec 918 et seq ABGB).

Another case of impossibility is the economic unaffordability (Unerschwinglichkeit) of the performance. While in the past the party's imminent economic ruin was the decisive criterion, nowadays more opinions tend to consider a substantial deterioration of the party's economic existence or a party's expenditure clearly and distinctly exceeding the interest in performance already sufficient. So, a significant impairment of the equivalence between the effort to render performance and the benefit or the consideration, where the performance appears objectively unreasonable and economically pointless, is unaffordable.

Besides the termination, an adjustment of the contracts is arguably another option. It is argued - predominantly in the literature - that the party should first be given the chance to make an offer to adjust the contract to save the contractual relationship. Consequently, an adjustment cannot be made unilaterally without the consent of the other contracting party.

Ceasing to exist of the basis of the transaction:

Most recently, especially in construction law, the unaffordability of performance due to pandemic-related additional costs was discussed as a reason for the basis of the transaction ceasing to exist. In general, such ceasing requires the parties to expect certain circumstances typical for the business when concluding the contract and that they are subsequently disappointed in this expectation due to external unforeseen events. Further adherence to the contract would result in a serious disruption of equivalence or frustration of its purpose.

Considering the lack of relevant case law and the differing doctrinal opinions, the ceasing to exist of the basis of the transaction is a last resort argument.

If impossibility is merely temporary, the general rules of objective default apply. According to Sec 918 et seq ABGB the creditor has the right to withdraw from the contract by granting a reasonable grace period. Depending on the individual contractual agreement, the creditor is also entitled to interest on arrears and is not obliged to perform for the time being (right to refuse performance). However, liability for damages would be excluded for lack of fault.

A case of default would also exist if, as a result of official measures, industrial companies were no longer supplied with natural gas after gas deliveries had been discontinued for the benefit of others (consumers, authorities, schools, etc). In that case, production would no longer be possible. For the duration of the non-supply, one can assume a temporary impossibility.

However, since the use of third parties to fulfill the contract is usually provided for in the contract, the party is obligated to do so and thus, to examine and consider the possibility of any (reasonable) alternative sources of natural gas supplies. Otherwise, the party may default through its own fault and become liable for damages.

Considering the present situation, one must expect that gas deliveries from Russia might stop and that replacements cannot be readily procured. Therefore, such event will presumably not be considered unpredictable any longer. This rules out previously described possibilities of terminating or adjusting the contract in the event of unaffordability.

We therefore recommend that contracts to be concluded in the future include a corresponding clause as a safeguard. This can, for example, contain a price adjustment clause, according to which, starting from a base price of production costs, significant increases (eg measured in %) not being the fault of the party, entitle the party to unilaterally adjust the contract. In addition, a force majeure clause can also be included, according to which the party is granted a release from the obligation to deliver or the right to withdraw from the contract according to criteria to be specifically defined (within the limits of the immorality of Sec 879 ABGB). Clear regulations on the procurement of substitute sources of supply are also recommended. Likewise, contracts should also be reviewed regarding any information obligations on the occurrence of a force majeure event or the case of unaffordability. 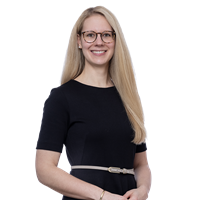