Commenting on the three appointments, Schoenherr Managing Partner Michael Lagler highlighted the ways in which the lawyers have distinguished themselves as experts in their respective markets.

Soňa Hekelová leads Bratislava office"A highly accomplished corporate and transaction lawyer, Soňa has been one of the driving forces behind our success in Slovakia. This promotion comes in recognition of her strong commitment to legal excellence and personal engagement taking the Bratislava office to the next level," said Lagler.

Soňa Hekelová is a partner in Schoenherr’s Bratislava office, where she specialises in corporate/m&a, banking & finance (including banking regulatory) and real estate. She advises both national and international clients on acquisitions, sales, mergers and divestitures in the Slovak Republic. Soňa is regularly involved in (re)financings (both on the lender and the borrower side), cross-border m&a transactions, and restructuring processes. She received her law degree from the University of Trnava in 2007 and was admitted to the Slovak Bar Association in 2011.

Gergely Szalóki specialises in banking & finance and capital markets, and also deals with insurance regulatory issues. He has been involved in numerous significant transactions for both domestic and foreign clients in the financial industry, and also advises on the borrower side. He is continuously involved in bond issue transactions representing both managers and issuers, and also acts for investment funds. He holds a PhD in law from the Károli Gáspár Protestant University in Budapest and an LL.M. from the Central European University in Budapest. Gergely was admitted to the Hungarian Bar Association in 2011.

Barbara Jóźwik develops local employment practice
"Spearheading the labour & employment practice in Warsaw, Barbara has distinguished herself as a skilled practitioner and an expert negotiator. We look forward to seeing her develop further within Schoenherr," concluded Lagler.

Barbara Jóźwik is a labour & employment practitioner with over 15 years of experience in all aspects of employment law. She has advised clients on employee incentive plans, remuneration and bonus arrangements, restructuring and redundancies, as well as negotiating settlements. She often represents clients in labour courts and negotiates on their behalf with trade unions and works councils. Barbara holds a Master's degree in law from the University of Warsaw and was admitted to the Polish Bar Association in 1998. 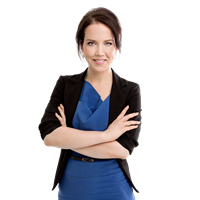